Ciamar a tha sibh. Thank you for patronizing us.

Link to information about us on Google. Highlandpiping-Bagpiper.

The Five Pipers (brothers - Marty, Scott, Tyge, Clifford, Dean) and One Highland Dancer (sister - Laura) were introduced to the world of highland piping and dancing by Scottish immigrants and family friends Donald and Jock MacLellan.

They all began taking bagpiping or dancing lessons from several local instructors at the ripe old age of 8 and attended numerous Scottish performing arts schools where they had received personal tutoring from Scotland's leading pipers of the Army School of Bagpipe Music and Highland Drumming. Capt. John A. MacLellan MBE, PM John MacKenzie, Ian, John MacFadyen, Seamus MacNeil and  Archie Cairns. The brothers also had the honor of meeting Alex Duthart and JL MacKenzie at these events.

Preforming at the Highland Competitions where some of the most memorable achievements. The brothers placed 1st in many of the USA and Canada competitions. The first and second oldest brothers (Marty and Scott) took 1st and 3rd place respectively in the North American solo bagpipe competition held at Maxville Canada.

The brothers had the honor of performing Amazing Grace with singer Andy Williams and instrumentalist Quincy Jones on their world tour.

Since then, the brothers have composed music, recorded music (Caber-Records), made songs available on iTunes (Search for Cawthon) and have had the honor of performing in many events and in front of tens of thousands of people including: Bob Hope, James Stewart, Yul Brynner, Johnny Carson, Fay Wray, President Ford, Four Star Generals, Governors, Senators, Congressman, Corporate executives, Disney events, dignitaries and proud to perform with and for U.S., U.K. and Canadian Armed Forces and their Veterans.

After more than 10 years of successfully competing and participating in the Celtic arts, we are pleased and honored to announce the next generation of "Cawthon" Highland Bagpipers and Dancers. We are all very proud of Emily's, William's, and Maura's accomplishments and know they will take great pride in carrying on the Celtic "traditions" through their performances. 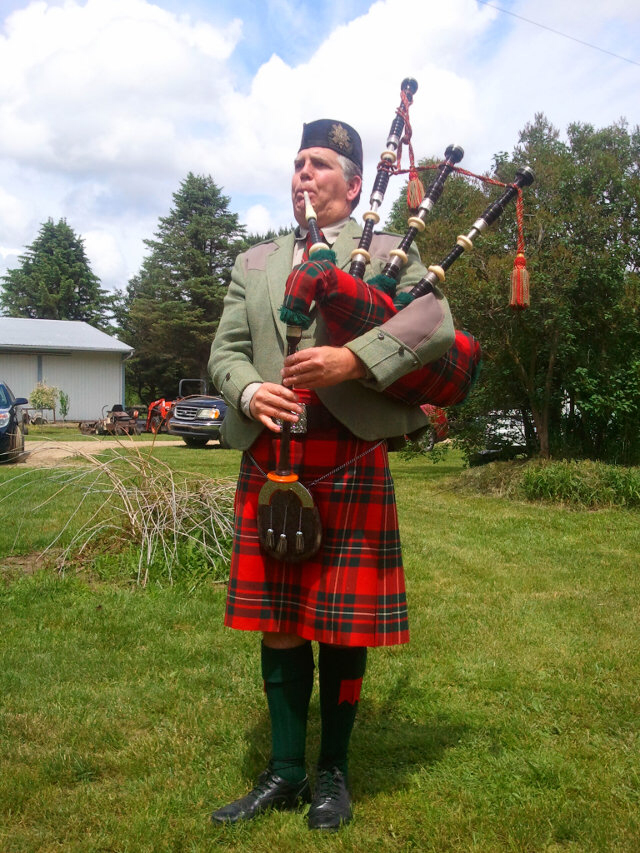